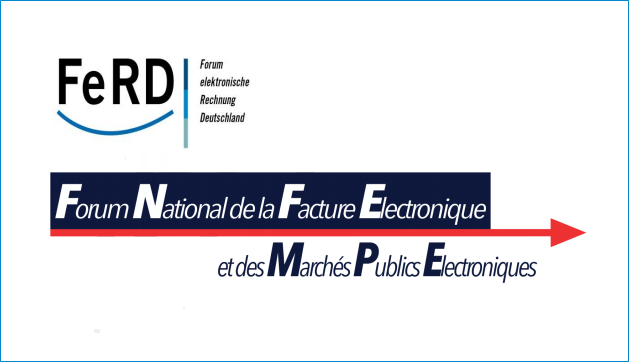 Germany and France have agreed on ZUGFeRD 2.0 as the common format for meeting the new European standard for electronic invoicing. Internationally the format is called Factur-X.

In June 2017, the European standard 16931 for electronic invoicing was published. With the new international standard Factur-X / ZUGFeRD 2.0, France and Germany have now further formalized how electronic invoices can be transmitted in compliance with a hybrid format.

For electronic invoicing, the word hybrid means that an invoice is both displayed as a picture and can be read by people – like a PDF – as well as appear in the form of structured data – like XML data – which might also be embedded in the PDF.

The German "eHub Portal" of the German Federal Government supports hybrid formats, if the embedded XML meets the requirements of EN 16931. The German administrative standard XRechnung is also covered by this as well as "Zugferch," a version of Zugferd 1.0 found in Switzerland.

Public administrations in France, which are connected with a central French e-invoicing portal known as "Chorus," also accept the other Factur-X profiles (Basic, Extended and Booking Assistance).

The ZUGFeRD 2.0 Profile EN 16931 that was released in autumn 2017 is accepted by all European administrations according to this EU directive, as it fully complies with the European standard.

Like these great tips? Subscribe to the monthly UserInfo Newsletter that collects all of our tips and tricks into one easy email.

Subscribe to the Product Announcements blog and get instant email notifications when a new article is published.