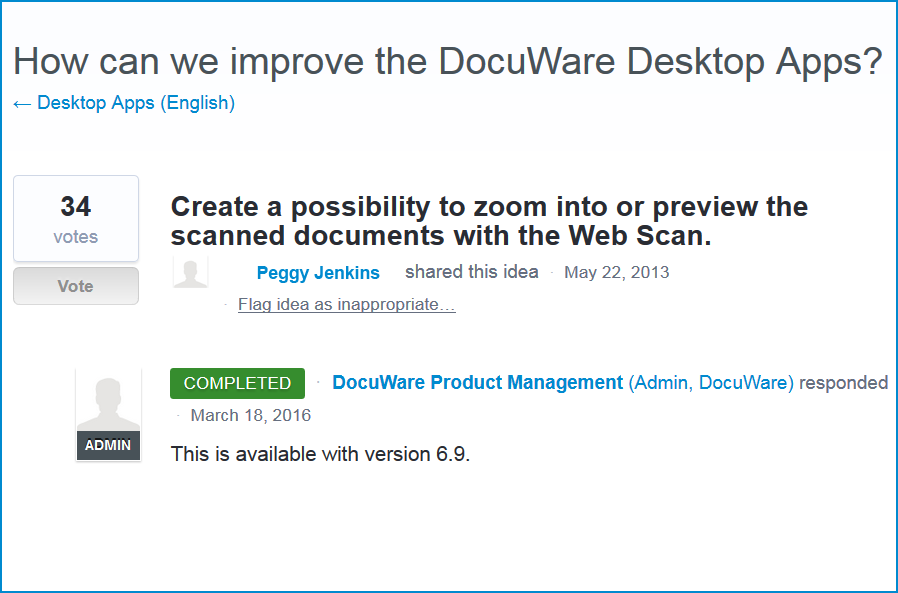 What happens to all the ideas recommended to us by DocuWare users? What steps do we take between when an entry is made in our Customer Feedback Forum to ultimately launching a new feature? This article breaks down all the phases involved as we follow an idea we received to create a document preview with a large page view in DocuWare, from start to finish.

We received a total of 72 votes for a large document preview from both German and English-speaking users. In the German forum about Desktop Apps, the idea was in 2nd place among the most-requested features; in the English one, it even took the #1 spot.

As with any complex software, a whole series of steps then occurs between the initial idea for a feature and its ultimate installation:

1. A User Enters an Idea
Our Customer Feedback Forum is hosted in two languages, German and English. The idea for a large scan preview was entered in both forums from different users. Once entered, it is registered by our Product Management Team and classified for the short-term. 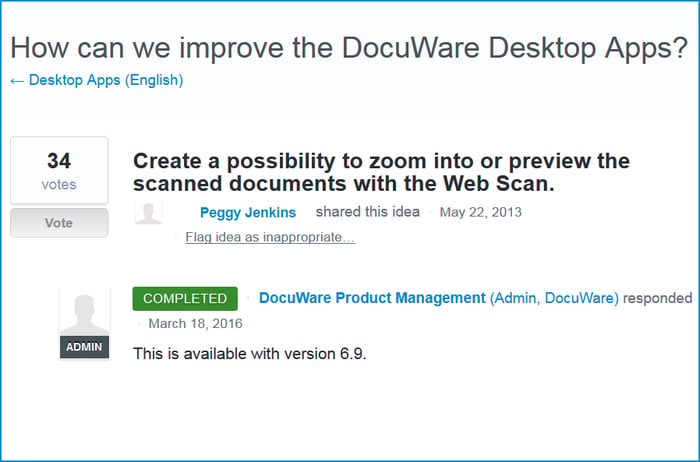 2. Other Users Rate the Idea
Once the idea is registered, other users can vote for it. Ideas are sorted based on the number of votes, so that popular ideas are easier to find. Some ideas are only entered into one of the two language forums. The idea for the large scan preview received a total of 72 votes in the course of this evaluation phase.

3. Idea Selected for Development / Release Date is Planned
As soon as an idea has gathered several votes, it will be discussed by DocuWare’s Product Management Team, where they determine if the idea suits the basic orientation of the product. If it fits within DocuWare’s portfolio, the idea is given the status "Added to Ideas Backlog." This is also when a timeframe is established for its release, in broad strokes. In rare cases, it happens that an idea is seen as not suitable and classified in the forum as "Currently not planned."

4. Idea Is Defined in Detail / Implementation Planned
As soon as the targeted DocuWare release goes into the planning phase, we start mapping out in detail how the idea can be implemented. In doing so, we look at all comments and experiences shared by users. We determine: How will the feature be accessed? What additional features in the environment might work together with this idea? How will the feature be implemented within the software? 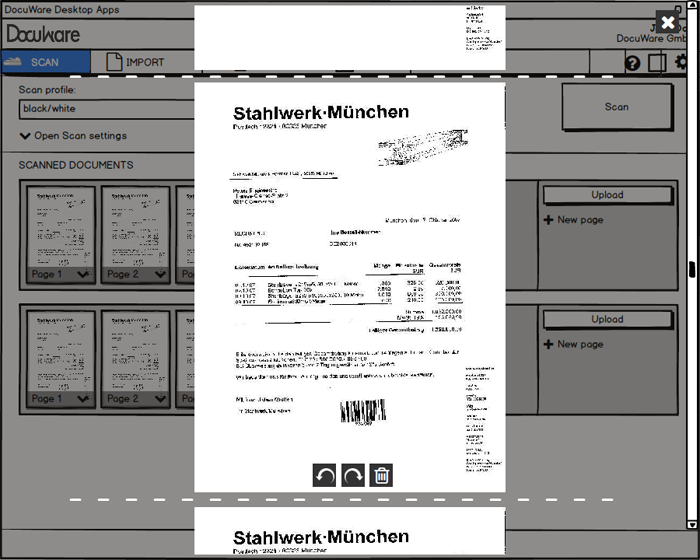 5. New Feature is Implemented
Implementation means that our Development Team actually programs the new feature. This means planning for all sorts of situations; for example, if the scan preview can quickly show a complete document, even if it contains many pages. Implementation concludes with rigorous testing: according to a specially devised test plan, the new feature is checked in detail.

6.    Feature is Embedded / Shipped with Release
Finally, we embed the feature in the latest software release. The interface text is translated - DocuWare is available in 16 languages! In addition, instructions and other technical documentation about the new feature are written and translated, so that they are also available with the release. 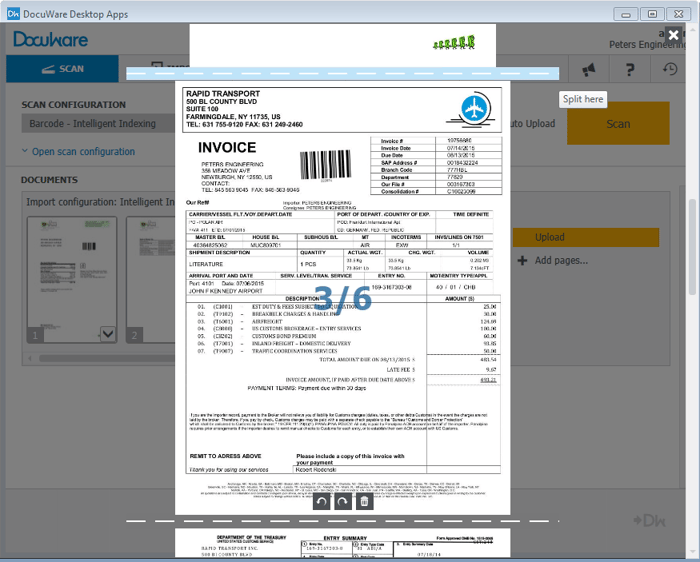 DocuWare Customer Feedback Forum has been onlinr since 2013. We collect ideas from our users and customers, then prioritize them for further product development and schedule them in. The Forum has become a very valuable tool in helping us to make DocuWare even easier to use.

So far, nearly 2,000 users have participated in the creation and review of approximately 1,200 ideas. About two-thirds of users login regularly to the Customer Feedback Forum. We want to thank everyone for their active participation and many good suggestions.

Are you interested in participating in the future development of DocuWare? Come join us in our Customer Feedback Forum

We are looking forward to your ideas!

UserInfo is a monthly email newsletter that provides tips and news for DocuWare users and admins.