A family owned business founded in 1901, Buffalo Rock Company produces and bottles a variety of soft drinks, which it sells to approximately 19,000 customers in three different states. With 14 divisions and over 2,150 employees, the company also purchases items from 5,000 suppliers, including Starbucks and others. This massive operation requires a large volume of document processing and record keeping, which prompted Buffalo Rock to start digitizing as early as 1999. But certain key tasks in the Document Imaging and the Accounts Payable Departments, remained manual. “We used to print all our emails and then scan them to input them into our previous system,” says Vincent Holmes, Document Imaging Department Manager. “And then the Accounts Payable department had to re-key everything my department had already keyed in.” As the volume of documents grew, so did the manual processing, affecting productivity and causing delays.

The company assessed several solutions and chose DocuWare for its ability to integrate with Oracle’s accounting software and link the two key systems, eliminating the extra manual entry. “We were looking for a software that could integrate with the various Oracle products we were already using,” says Holmes. “And DocuWare was it.” The company also integrated DocuWare with Outlook, customizing it to their specific needs. When importing Outlook emails, DocuWare would attach not only the invoices but also other items such as pictures. While this is a useful feature, Buffalo Rock did not need it and Holmes customized the set up to avoid that. “I have a macro that I wrote for Outlook that strips images and gets rid of other attachments,” Holmes says, “so we send and store only what we need in DocuWare.”

We were looking for a more efficient document imaging solution for our Accounts Payable team and we needed it to integrate with both our Oracle software and Outlook. After reviewing five different companies, we chose DocuWare because it had what we needed.

Creating a seamless link between the Document Imaging and Accounts Payable departments resulted in significant time savings. The staff no longer prints and scans 300 multi-page emails in an average day or up to 700 a day towards the end of the month. Now DocuWare creates an Oracle-stored link so that when Accounts Payable staff needs to process invoices, they open the emails and click on the links —and then approve or reject items. “The Accounts Payable Department and my department have a combined savings of over 8 man hours a day. DocuWare enables us to work more efficiently,” emphasizes Holmes, adding that the company hasn’t eliminated any positions. “We enabled them to do their work faster and more accurately. They no longer have to create invoices and start all over again.” Currently, Buffalo Rock stores close to 50,000 documents, processing over 5,000 invoices monthly. The integration also resulted in savings on paper and ink. “My department alone would probably go through a case of paper a week,” Holmes recalls. Now the only paper items are the regular postal mail materials.

Expansion to other departments is on the horizon

Their success with DocuWare encouraged Buffalo Rock to consider further integrations with other systems being used by other departments. The next project would be to integrate DocuWare with the system used by Accounts Receivable, which stores and manages documents from the company’s customers as proof of delivery. “The plan is to use DocuWare for all our additional imaging needs,” Holmes says.

The Accounts Payable Department and my department have a combined savings of over 8 man hours a day. DocuWare enables us to work more efficiently."
Some additional information in one line 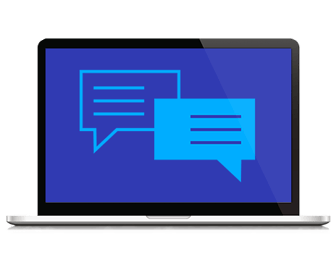 Get your free, zero-commitment, personalized demo of DocuWare and discover how document management and process automation can help drive digital transformation for your organization.